I Got Threaded Today!


Eyebrow threading is a depilation technique which originated in India, although it is also widely practiced in the Middle East. Salons in Western nations offered the service to Middle Eastern clients for decades before European and American women became interested and the popularity of eyebrow threading skyrocketed. The hair removal technique is not just for the eyebrows: threading can be used to remove other facial and body hair as well.
The technique is sometimes listed on salon menus as khite or fatlah, which are both Arabic words for threading. Eyebrow threading involves twisting a piece of thread, usually cotton, into a double strand. This double stranded thread is used to pick up a line of hair and then remove it, creating a very clean, precise hairline. Eyebrow threading is the technique preferred by Indian movie stars, who are often distinguished by their crisp brow lines.
Eyebrow threading can be used to eliminate a unibrow, raise the arch of the eyebrow, or add shape and definition to the brow. Because it removes hair by the follicle, it is a reasonably long lasting hair removal technique as well. Repeat visits after three to four weeks are standard. The technique is also not terribly expensive because it is easy to do quickly and does not require costly chemical ingredients. For women who would like to pursue a more natural beauty regimen, eyebrow threading is a good choice, since it does not use harmful products.

So....I did it.  I did my brows and upper lip.  The process isn't pain free.  I must say it doesn't hurt as much as waxing and it is quick.  The upper lip was sensitive...but it's unbearable almost having it waxed.

I will definitely do again.  The brows were $10 and the upper lip was $6...can't beat that and I didn't get burned from wax. 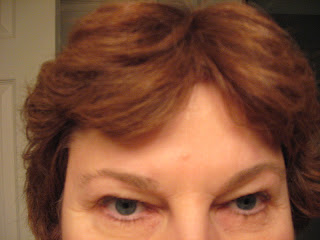 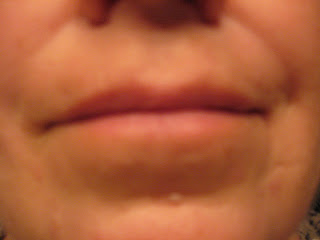