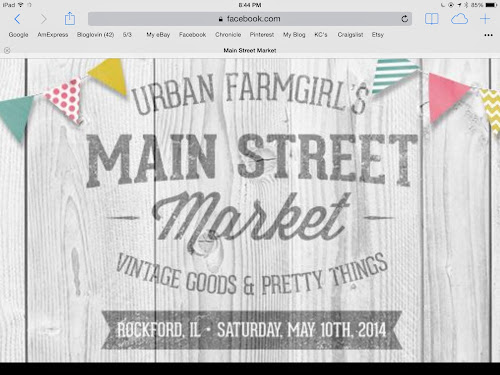 So Friday morning I see this on Facebook - The Urban Farmgirl! How awesome is this. Seventy-eight vendors in one place and several of them bloggers that I have followed.

Richard comes home from running errands and being the fabulous guy he is....we pack an overnight bag, jump in the car and hit the road.

We stopped in New Buffalo for a little fuel.....uh oh....technical difficulty.

I moved my pictures from my iPad to my IMac and now the photos I was hoping to post are gone.

Anyway, we stopped in New Buffalo at the Stray Dog and had an awesome bloody mary. We continued on our journey. What should have been a four and a half hour drive ended up being sic and a half. The GPS took us right through the heart of Chicago....I90 during rush hour. AWFUL TRAFFIC..bumper to bumper for miles amd miles.

We arrived at our hotel about 6:30 pm. Checked in and went across the street to The Alchemy. Had a great wood- fired pizza. It was called Beauty and the Beast. YUM! Couple white cheeses on an olive oil crust, onions, mushrooms, steak, pears, blue cheese, arugala and balsamic and walnuts. delicious.

Next morning we went to the market. The day was gorgeous. The event well organized, clean, fun, and lots of variety. It was fun seeing familiar faces. The booths were packed with people. I came home with a few goodies. I will photograph them and show you a bit later. Pics are gone!

The trip home was much better. Only four and a half hours. Smooth sailing through Chicago this time.

My husband was such a trooper....just rolling with the punches! We had fun but not ready for another long road trip real soon. We were nearly to Iowa....I thought it was just a few miles from Chicago. Oh well....made for a good story. 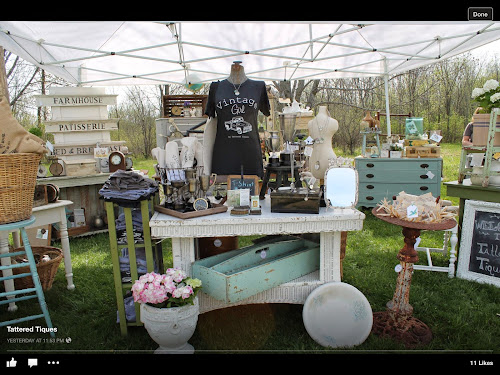 Posted with Blogsy
Posted by Barb at 9:09 PM