My brother Mike received comp tickets to the GM Hospitality Suite for the Daytona 500. How sweet is that!

My husband, niece, nephew and brother were the lucky ones to spend the day at the race! 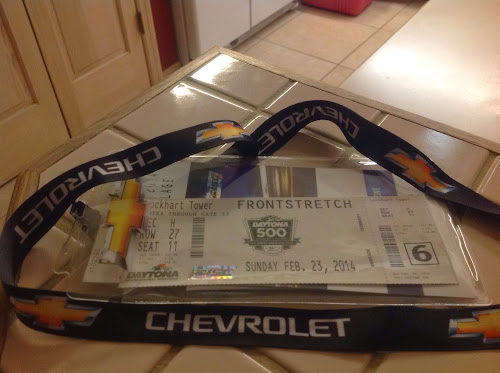 They had to be at that track at 6 a.m. for their lineup of events.

First up was the pace car ride around the track. Sarah and Drew in a Camaro and Richard and Mike in a Chevy truck.

Photo op on the track before the race.

Here's the four of them getting ready to drive around the track. YES, they drove a Chevy truck around the track with a driver standing in the back. Sarah was the lucky one that they elected to drive. 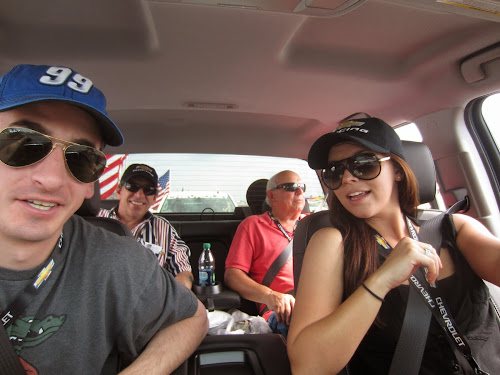 The drivers randomly hopped in the back after they were introduced to the crowd. 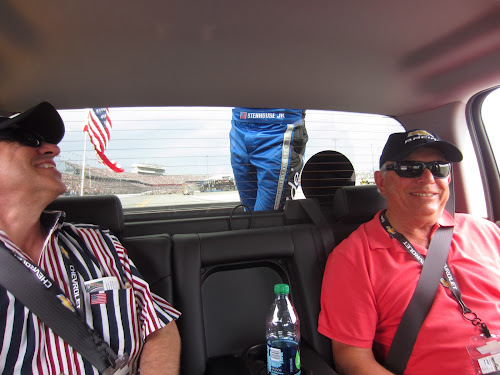 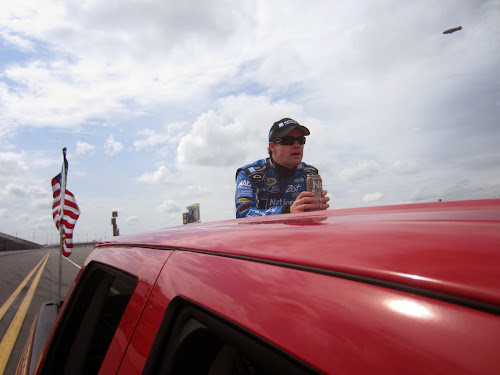 Here they are making their way around the track. 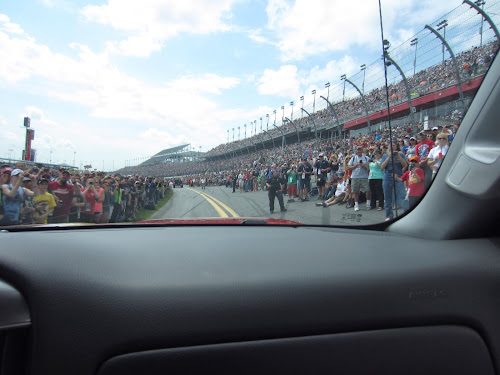 Drivers hanging out as Sarah nervously awaits her turn to put the pedal to the metal. 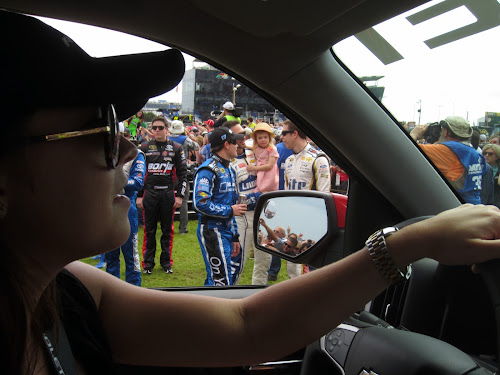 After the ride around the track, they exited their truck and were transported to their seats. Thirty eight laps and RAIN. Tornado warnings! They headed back to the car to wait out the rain. It's now 8:30 p.m. And the race is starting up again...maybe!

What a great experience they had. I'm sure there will be more pictures but this was the first round I was able to snatch.

Posted with Blogsy
Posted by Barb at 8:50 PM