My friend, Lynne, called this afternoon as I was crafting. She asked if I wanted to take a drive out to an apple orchard for apples.  She had just had her haircut and a gal at the salon gave her a tip on great apples.

So, off we went.  I didn't even think to take my camera, darn.  Anyway, we found the place Kooistra's Orchards.  He is officially opening tomorrow but had quite a few ready to sell today.  He said folks have been stopping by all week.  He has probably about 15 varieties of apples during the season. 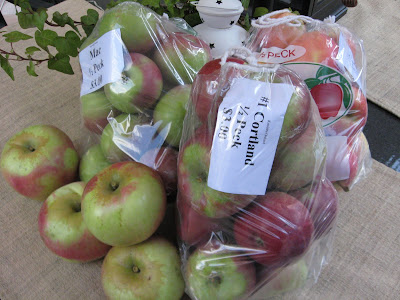 I purchased Cortlands, Gala, and Macs. 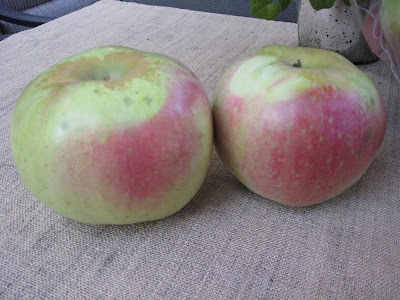 These guys are as big as grapefruits.  Doug, the apple maven, gave me four of them.  Reason being, they are an apple that has no flavor.  I asked, "why would you sell an apple with no flavor?"  He said, it is an old variety of apple called Wolf River.  It is horrible as an eating apple, but it makes the best darn pie!  So he asked me to try them.  Guaranteed, I will like them he said.  We'll see. 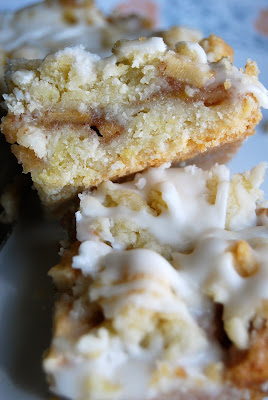 This is what I plan on making first.  My dad always wanted me to make Apple Strudel like his sister Mame'.
I never made them before, so here's to Dad and Aunt May....my first attempt.  I will let you know how it goes.
Babs~
Posted by Barb at 7:46 PM